GOLD is the name of the most important global report produced by UCLG. It is produced every three years. The new report is GOLD IV, and it was published in 2016.

Between December 2013 and January 2015, the Committee on culture was convened by the World Secretariat of UCLG to help in the definition of the GOLD IV report contents. "The role of culture in the sustainable development of cities" has been identified as one of the seven key areas of interest for the GOLD IV report. These seven key areas correspond to the main topics of the Global Taskforce of Local and Regional Governments for Post-2015 Development Agenda and Habitat III.

The results of this work are summarized in two documents elaborated by the same authors: "Operationalising culture in the sustainable development of cities" (short text, March 2014), and "Why must culture be at the heart of sustainable urban development?" (feature article, January 2016). 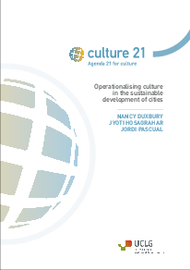 Operationalising culture in the Sustainable Development of Cities 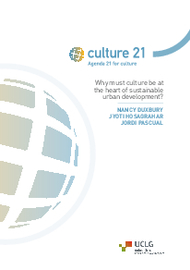 Why must culture be at the heart of Sustainable Urban Development?